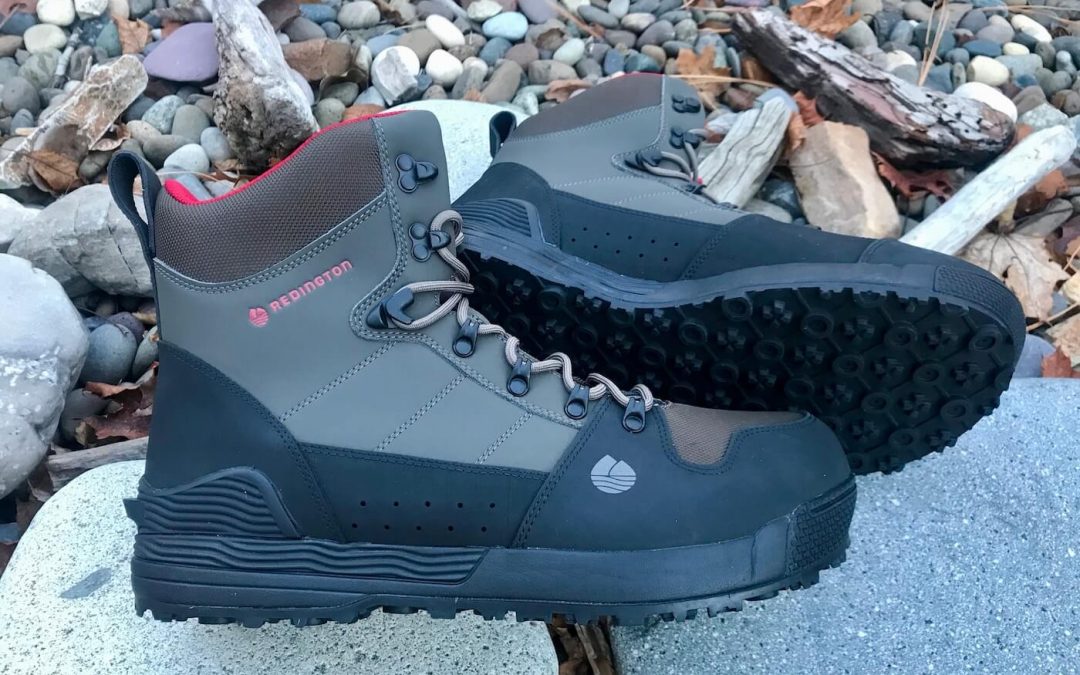 The previous generation of Redington Prowler wading boots were very good boots — and they were a top-ten wading boot in the Man Makes Fire guide to the best wading boots. I was a fan because they were lightweight, fit well, and offered an excellent blend of support and agility. Redington has now upgraded the Prowler to the “PROWLER-PRO.” Now they’re even better than before.

The fit is nearly exactly the same, but the new lacing design lets you more easily adjust the forefoot and ankle as desired. The new PROWLER-PRO boots are also lighter and drain faster.

The best new feature, though, might be the simplest — a new heel-kick ledge that makes it easy to use one foot to shove off the other boot after a long day of fishing. So cool. To read more, check out my full Redington PROWLER-PRO review at Man Makes Fire.