If They Mistake the Moon for the Sun 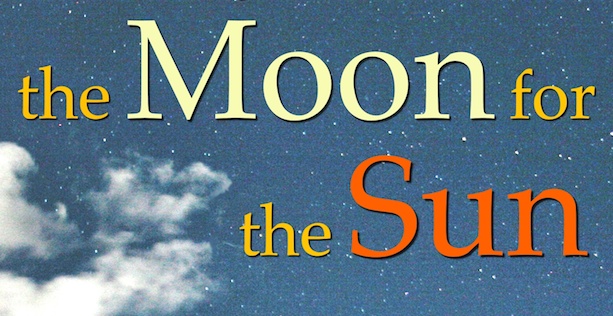 Available now as an Amazon ebook for any Kindle app or device.

IN THESE THREE short fiction stories, the characters are fighting and searching, sometimes at the same time.

In “If They Mistake the Moon for the Sun,” the fight is at once with a betrayed best friend and a battle to hold onto something bigger.

In “Mesmerize Me,” a woman lets her husband hypnotize her, but it doesn’t work . . . so she fakes it.

In “In Between,” leaping can make you savor things that can slip away.

From “If They Mistake the Moon for the Sun”:

I rolled him onto his back, pinched his nose, and started doing rescue breathing. I thought he was going to die, and I thought that maybe if he didn’t make it, his death would bring Amanda and me closer together. I imagined being Matt and Jenni’s dad, imagined eating bowls of cereal with them in the morning, their hair all messed up and their mouths way too full. Amanda’s fingers trailed over my shoulder as she walked behind me on her way to the kitchen sink—I saw this, and all of us sitting at the old-fashioned plank table, made by Kyle himself. The plaster over the hole in the wall from his punch didn’t match the original texture. I could see him in the faces of his children.

I did rescue breathing until the EMTs with the ambulance took him, and we got through that moment, and I never told him what I was thinking, and I didn’t tell him that his tongue was flopping soft and blue or that I tasted onion and pickles and that my tears kept falling into his eyes and pooling up on his lids, all shiny like mercury. . . .

My fifth husband, Fred, started hypnotizing me for smoking addiction therapy, but that slipped into manipulation faster than you might think. The easy part would go something like this: We would be in the kitchen together, making breakfast, and I would be cracking eggs to go into the pan, when Fred would say the key words, “Big Bird,” and I would have to get all excited and ready for sex because he thought he had me under his trance. I would humor him by going along with it. . . .

When the old Firebird pulls up next to Henry at a traffic light, it slides to a stop so smooth he doesn’t see the momentum end, no dip or rock, he just glances over and there are these items inside the car: a teddy bear dangling from the review mirror, photos of children on the dash—tacked up with yellow plastic push-pins—and a doll, belted in the passenger seat. The driver is a young woman, maybe twenty five, a few years younger than Henry. She taps a bare thigh, head bobbing, singing.

Inside Henry’s new dark green sedan, it’s silent—the insulation all around him blocks everything out. When he thumbs down the electric window just a crack, he hears the Firebird’s engine and it reminds him of a wet rumble in an old man’s throat—her father’s perhaps, last heard a decade ago when she was fifteen and running, tiny wood chips and mill-saw dust gummed up in his pipes forever. . . .

To get the ebook, check out Amazon.com where you can download If They Mistake the Moon for the Sun as a Kindle ebook for smartphones that have the Kindle app, as well as Kindle devices and tablets like the iPad.